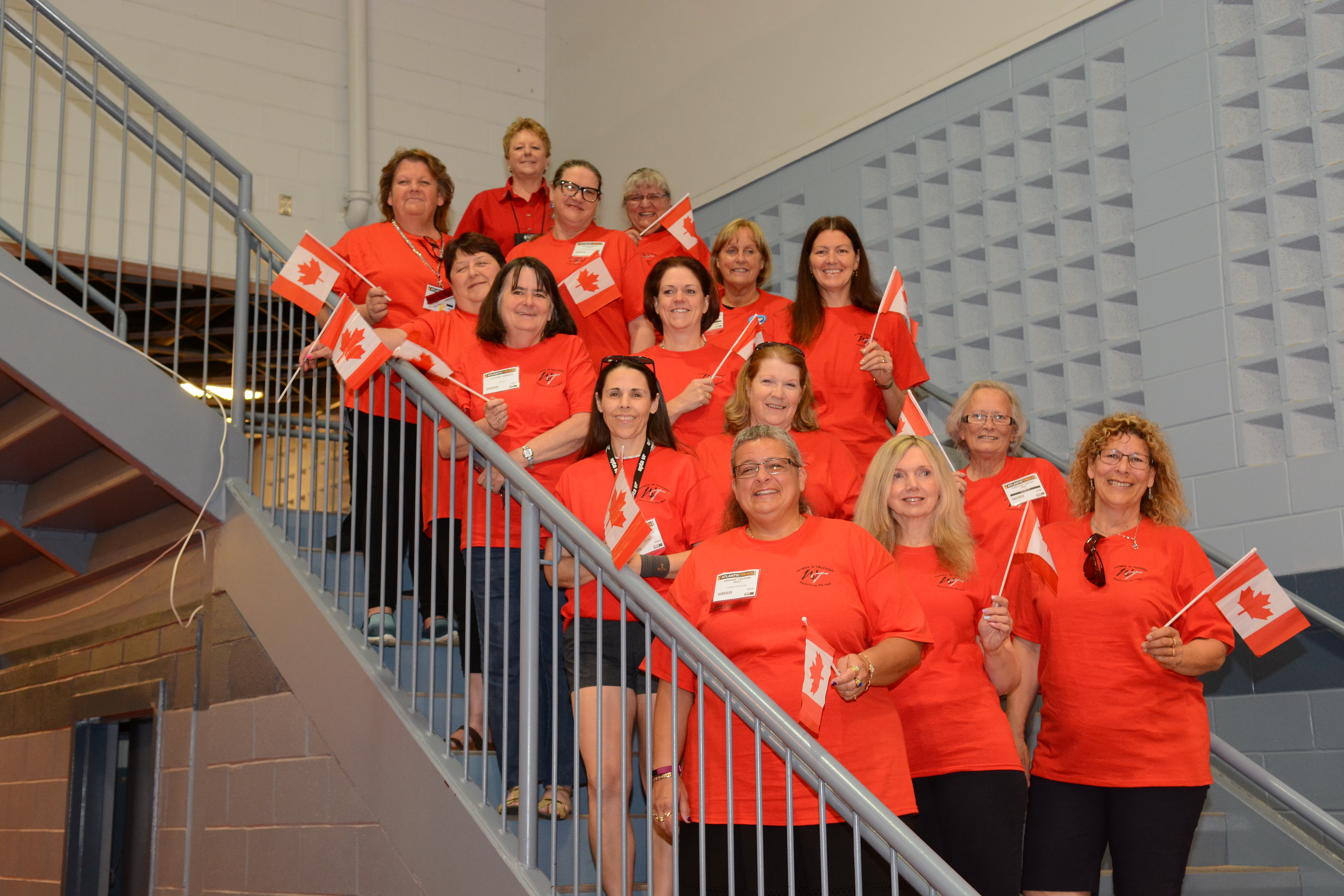 MONCTON, NEW BRUNSWICK -- The Atlantic Truck Show recently played host to Canada's second Salute to Women Behind the Wheel. The Salute is an annual event organized by Women In Trucking in the U.S. to honor female drivers and recognize them for their service.
In June, OBAC, Trucking Human Resources Sector Council Atlantic (THRSC Atlantic) and the Atlantic Provinces Trucking Association (APTA) partnered with WIT to hold the event in Moncton, with a view to bringing the popular celebration to Canada on a regular basis.
Each year since 2009 female professional drivers have gathered at the Mid-America Trucking Show in Louisville, Kentucky, with several of the events drawing more than 300 drivers. A hallmark of the event is a group photo of all the women dressed in the signature red Salute T-shirt.
This year's event brought together 16 drivers from Canada's Atlantic region representing more than 300 years of driving experience among them. There were two new drivers in the group with less than two years’ experience, while eight women claimed more than 20 years of experience each. The driving careers of four of the participants had each spanned 30 years or more. Two more women drivers arrived after the official ceremonies had concluded; they were delayed by their professional responsibilities – they had to deliver their loads first.
OBAC executive directive, Joanne Ritchie called the group small but enthusiastic. 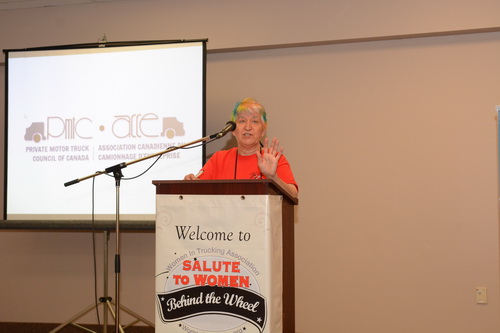 "We had a group of over 40 women at our first Canadian Salute, held in Toronto last year," said Ritchie. "I was very pleased that we had 18 drivers here in Moncton, considering it's a much smaller area with fewer trucking fleets. But this celebration is about more than just the numbers; it’s also an opportunity to encourage other women to consider the wide variety of career options in the trucking industry.”
Jean-Marc Picard, executive director of APTA led the ceremony with opening remarks where he praised women drivers' contribution to the trucking industry.
"It’s refreshing to see more and more women joining the industry over the years and I think this trend will continue," he said. "It can’t be easy for women to join such a male-dominated industry but kudos to those who broke down that barrier – and it’s because of initiatives like this. We are in full support of the Salute."
Kelly Henderson, executive director THRSC Atlantic, said she was pleased with the event and excited about raising the profile of women in the trucking industry. "Our Advancing Women in Trucking initiative is helping break down barriers to employment and advancement of women in the industry, and is developing strategies to support industry efforts to increase the number of women considering careers in trucking,” says Henderson. "The Salute was a nice opportunity to celebrate womens’ achievements in trucking."
WIT was represented by Jeana Hysell, vice chair of the WIT Foundation Board, based in Plover, Wisconsin. “The WIT Foundation strives to strengthen the legacy of education through its scholarship program,” said Hysell. "I encourage anyone who is considering a career in the trucking industry to have a look at the program.” Hysell pointed out that the scholarship program funds training for not only drivers and technicians, but for studies in the areas of safety and leadership as well.
Hysell also gave a shout-out to Armour Transportation driver Susie De Ridder, WIT’s June Member of the Month, who was at the Salute. A 35-year veteran driver, De Ridder is also a two-time People’s Choice winner of WIT’s I Heart Trucking photo contest, an annual competition which gives drivers and other transportation professionals an opportunity to share their view of trucking with others in a positive way.
Organizers received lots of support and encouragement from industry, as carriers and suppliers recognize that female drivers represent a largely untapped resource. Ryan Gray, recruiting manager of Clarke Road Transport says fleets like his are actively recruiting female employees for all facets of their operation, especially driving.
“Clarke Road Transport is proud to support women in trucking initiatives as we work to increase the representation of women in our industry," he indicated. "Through various partnerships and increased awareness we have grown the number of women in our fleet and in our office tremendously. We are grateful to our partners as they work tirelessly toward this great cause."
The next Canadian Salute to Women Behind the Wheel event will take place at Truck World on Toronto on April 21, 2018, followed by our first western Canadian event at Truxpo in Abbottsford B.C. in May 2018.
A special thank-you goes out to all our partners and sponsors. We could not have made this happen without you!
Partners: 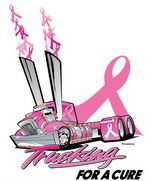